Mr. Meek has 30 years of industry experience. Most recently, he has served as CEO of Ipsen, a leading global biopharmaceutical company focused on innovation and specialty care and dedicated to improving lives through the discovery of new medicines in oncology, neuroscience and rare diseases.

“I’m honored to lead FerGene in this exciting role and spearhead the effort to develop and commercialize this critical and innovative therapy and advance its clinical development. We will build a committed, patient-centric team and with the support from Ferring and Blackstone Life Sciences, I am confident we can efficiently and effectively bring this life changing therapy to patients in need,” said Mr. Meek.

Jean Duvall, Co-Chair of FerGene and Executive Committee member of Ferring Pharmaceuticals, said, “We are extremely confident in David and his ability to lead and build FerGene as it seeks to bring a promising therapy to market for bladder cancer patients and improve the standard of care. With an impressive track record of corporate leadership experience, David is poised to excel in this role.”

Paris Panayiotopoulos, Co-Chair of FerGene and Blackstone Life Sciences Managing Director, said, “We are thrilled to welcome David as FerGene’s new CEO. David’s proven track record of growing businesses across both Biotech and Pharma, as well as his deep knowledge of the US Oncology market, make him the ideal fit to lead FerGene. David’s experience will be instrumental as we advance a breakthrough investigational gene therapy that offers the potential to meaningfully improve the standard of care for a patient population which has seen little innovation over the past twenty years.”

While at Ipsen, Mr. Meek has led a growth strategy of financial results and pipeline advancement. He has also transformed Ipsen into a global biopharma growth leader with initiatives to transform external innovation, Ipsen’s R&D operations and build out the company’s footprint in countries like the U.S. and China. In addition to his time as CEO of Ipsen, Mr. Meek’s prior leadership roles have included serving as Executive Vice President & President of Oncology at Baxalta from 2014 - 2016, following its spin-off from Baxter. He was also Chief Commercial Officer of Endocyte from 2012 - 2014. Prior to that, Mr. Meek served in various executive leadership roles at Novartis Pharma and Novartis Oncology after beginning his career at Johnson & Johnson and Janssen from 1989 - 2004.

Nadofaragene firadenovec (rAd-IFN/Syn3) is an investigational gene therapy being developed as a treatment for patients with high-grade, BCG unresponsive, NMIBC. It is an adenovirus vector-based gene therapy containing the gene interferon alfa-2b, administered by catheter into the bladder every three months. The vector enters the cells of the bladder wall, where, it breaks down, releasing the active gene to do its work. The internal gene/DNA machinery of the cells ‘picks up’ the gene and translates its DNA sequence, resulting in the cells secreting high quantities of interferon alfa-2b protein, a naturally occurring protein the body uses to fight cancer. This novel gene therapy approach thereby turns the patient‘s own bladder wall cells into multiple interferon microfactories, enhancing the body’s natural defenses against the cancer.

NMIBC is an early form of bladder cancer which is present in the superficial layer of the bladder and has not invaded deeper into the bladder or spread to other parts of the body.[1] It is estimated that there will be 80,000 new cases of bladder cancer in the U.S. in 2019; more than 70% of these cases present as NMIBC.[2,,3] In patients with high-grade NMIBC, intravesical BCG is the recommended treatment; however, between 30% and 50% cases with high-grade disease will recur.[4] The outcome for BCG unresponsive patients is poor, with total cystectomy (complete removal of the bladder) often being the next treatment option.[5]

FerGene, a new gene therapy company and Ferring subsidiary, has been created to potentially commercialize nadofaragene firadenovec in the U.S. and to advance the global clinical development. FerGene’s goal is to bring this promising therapy to a patient population which has seen little improvement in their standard of care over the past twenty years. Blackstone Life Sciences will invest $400 million USD and Ferring will invest up to $170 million USD in FerGene.

Ferring Pharmaceuticals is a research-driven, specialty biopharmaceutical group committed to helping people around the world build families and live better lives. Headquartered in Saint-Prex, Switzerland, Ferring is a leader in reproductive medicine and maternal health, and in specialty areas within gastroenterology and urology. Founded in 1950, Ferring now employs approximately 6,500 people worldwide, has its own operating subsidiaries in nearly 60 countries and markets its products in 110 countries.

[5] Cookson, M et al.,Use of intravesical valrubicin in clinical practice for treatment of nonmuscle-invasive bladder cancer, including carcinoma in situ of the bladder. Therapeutic Advances in Urology. 2014, Vol. 5(5):181-191. 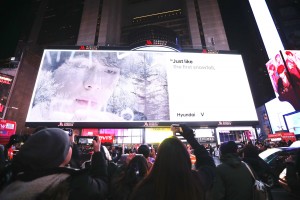